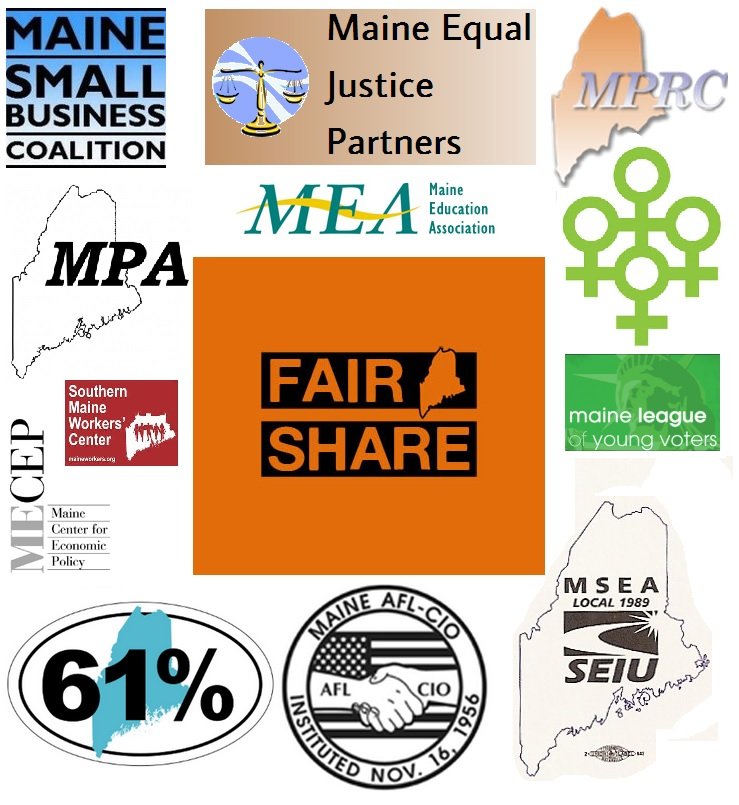 The leftist political organizations that control much in Maine politics on Thursday unveiled the latest initiative designed to advance their progressive agenda through Augusta.

“It’s not right for taxes to increase on Maine’s middle class and working families while those at the top get a break they don’t need,” the group states on its website. “The Fair Share now campaign is an effort to ensure that wealthy individuals and large corporations do their part too.”

The combined budgets of the groups behind FSN – all of which are tax-exempt not-for-profits – exceed $15.7 million, according to the most recent Form 990’s available for the organizations.

FSN’s website, FairShareMaine.org, is registered to former labor union organizer Chris Korzen and was created on Feb. 11, just one day before the Maine People’s Alliance gathered in the State House for a rambunctious “lobbyist training day,” chanting, “Keep Maine Healthy, Tax the Wealthy!”

The group is calling on its sympathizers to help pass resolutions through local governments opposing Republican Gov. Paul R. LePage’s budget cuts and demanding higher taxes. “Just make sure that your resolution is not just against the cuts, but also for raising revenue as fairly as possible,” the group advises.

“Their goal is to divide Maine’s hard-working people using whatever means, to achieve their current objective,” he said. “In this case their goal is simple, to once again raise taxes on Maine people.”

“Whenever this pack of Democrat operatives sets up front organizations with sweet sounding names, the people of Maine should be warned, hold on to your wallets and guard your freedoms,” said Cebra.
By S.E. Robinson