Maine Gov. Janet Mills is on pace to exercise her executive authority almost twice as frequently as any of her six previous predecessors. 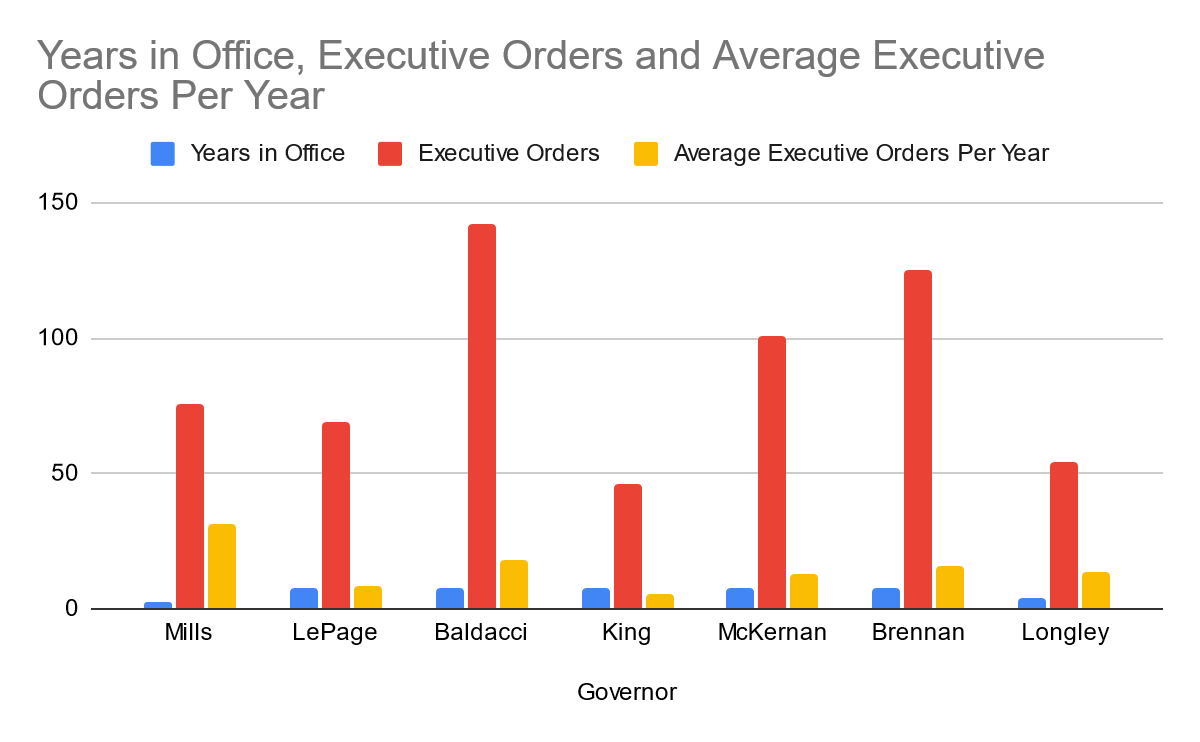 In recent Maine history, Gov. Angus King issued the fewest executive orders. During his eight-year term, King issued 46 executive orders, an average of 6 per year. According to the records kept by the Maine State Legislature’s Law and Legislative Digital Library, Baldacci used executive orders the most of any governor dating back to 1942.

Most of Mills’ executive orders to date are related to managing COVID-19. Mills declared a state of emergency on March 15, 2020 and issued her first executive order related to the pandemic on March 18, 2020. This placed a 10-person limit on gathering size and required restaurants and bars to close dine-in services.

Since then, Mills has used executive power for a wide variety of pandemic-related measures, including closing non-essential businesses and banning non-essential travel, requiring face masks to be worn in public places, moving the date of the 2020 primary election and temporarily suspending and reinstating licensing requirements for certain medical professionals.

Additionally, Mills has used executive power to continuously extend Maine’s state of emergency. By state law, states of emergency expire 30 days after they’ve been declared, unless they are extended. Since initially declaring a state of emergency, Mills has issued 15 proclamations extending it, the most recent coming on May 13, 2021.